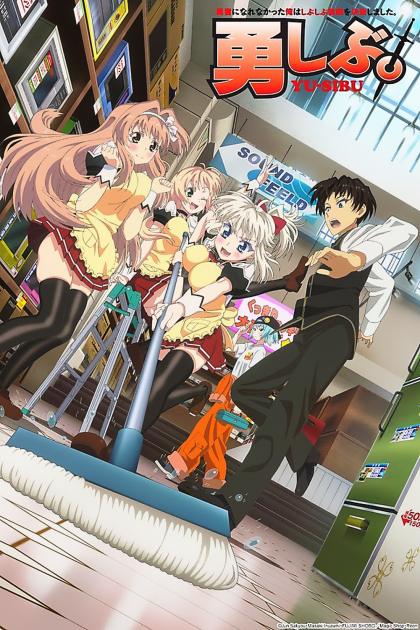 I Couldn’t Become a Hero, So I Reluctantly Decided to Get a Job. was released in 2013. The main protagonist is a man named Raul, He has a dream to become a hero. However, after the demon lord is killed all his dreams are crushed and he is forced to get a job working at a local magic item shop. As a result, his life is unexceptional boring. That is until one day when a suspicious looking person shows up at his counter. To his surprise, it is the child of the demon lord, who also just happens to be a super cute girl. Her name is Fino and she is looking for a job. To Raul’s displeasure, he is given the task of training Fino, which will be no easy because growing up in the demon world she has developed some peculiar characteristics.

My Review: This show came as a nice break, for the majority of the episodes, there is nothing but light-hearted humor with “handfuls” of ecchi thrown in there. Towards the end, it starts to get a bit more serious but that is short lived. Overall the show was quite entertaining with some funny concepts and an interesting world. I really like the concept of a reality similar to ours but merged with fantasy elements, for example, fridges powered my magic. The characters were just as you would expect them to be, although some of them were not really developed and just seemed to be there for no other reason than to look pretty. At times I did find it to be unnecessarily crude but I guess it was in the spirit of the show. If you are looking for something new and funny to watch then I would recommend this.